The Web3 space, and the NFT niche in particular, is welcoming more females by the day. NFTs are after all fun, exciting, offer room for creativity, and serve as a gateway to crypto for people from non-technical backgrounds.

There are already many incredible females working hard behind the scenes and pushing the space forward. Many women have found a place for their skills, talents and creativity in the Web3 world, whether that be setting up a Web3 company, educating other females on NFTs, or creating an NFT project with a cause.

That’s the beauty of where we are in this space overall right now – there is still so much room for creativity, expression, trial and error, and making connections with those who are also wide-eyed with wander, eager, and motivated to explore this new world of possibilities.

For this article, we caught up with some kickass females making waves in the space, and have also included others that we didn’t get a chance to chat to, but nonetheless deserve their place here.

Kelly’s career as a journalist goes way back, she helped launch USA Today, and was one of the first people to jump onto the blogging scene, explaining to big companies what the heck a blog is. In her own words, she’s pretty much worked in Web1, Web2, and now in Web3!

Like many, she’d heard a lot about Bitcoin from her friends, but got heavily involved in NFTs during the pandemic. She packed her bags, left the city, and went to stay at her grandparents’ farm, and suddenly found herself immersed in Pancake Swap and discovering Shiba. After getting involved in the community, she one day found people asking her if they can make an NFT of her. And the rest is history!

Not only was Kelly named one of the top 100 businesswomen by Inc. Magazine, she also founded Vult Lab, an award-winning agency, consulting brands at the intersection of Web2, Web3 and social impact . She also has a blog about crypto and a Women Who Rock group on Twitter Spaces, which is aimed at helping females living in underserved places. Kelly believes that NFTs are going to be a big part of our future, and she wants to bring as many people into the space as possible!

Diana is the quiet and secret superpower behind the growth of metaverse and NFT services company Grow Your Base (GYB). You will not find her sharing her opinions on social media or bragging about her knowledge and success, however, even though she is only 22 Diana already has an envious set of blockchain and NFT skills up her sleeve.

Her story is an inspiration for young people who don’t know where to start, and for experienced employers who are willing to bet on younger people with potential but no experience.

Originally from Colombia, she started her business and NFT journey in Barcelona, Spain, where she met other passionate blockchain entrepreneurs at her college Toulouse Business School (TBS). Coming from a difficult financial background, she started reading books on financial freedom at the tender age of 12, and she already knew back then that it was her dream and aspiration to achieve that for herself.

As a Colombian, it was not easy for her to move over to Spain, however, with much grit and determination she made it happen. While she was at college, she and her friends created a blockchain startup called Eagle Check, and the company won a pitch competition by MouseBelt Blockchain Accelerator.

Through the startup, she made connections with leading investors and innovators of the space, and that’s where she met the founders of of GYB. She started working there in 2019, doing very basic tasks such as sending orders and keeping track of NFT transactions. Since then, she has grown into the role of the company’s portfolio manager, a highly entrusted role where she works alongside with the business development team and deals with making and approving investment decisions, operational and security work, and managing wallets. 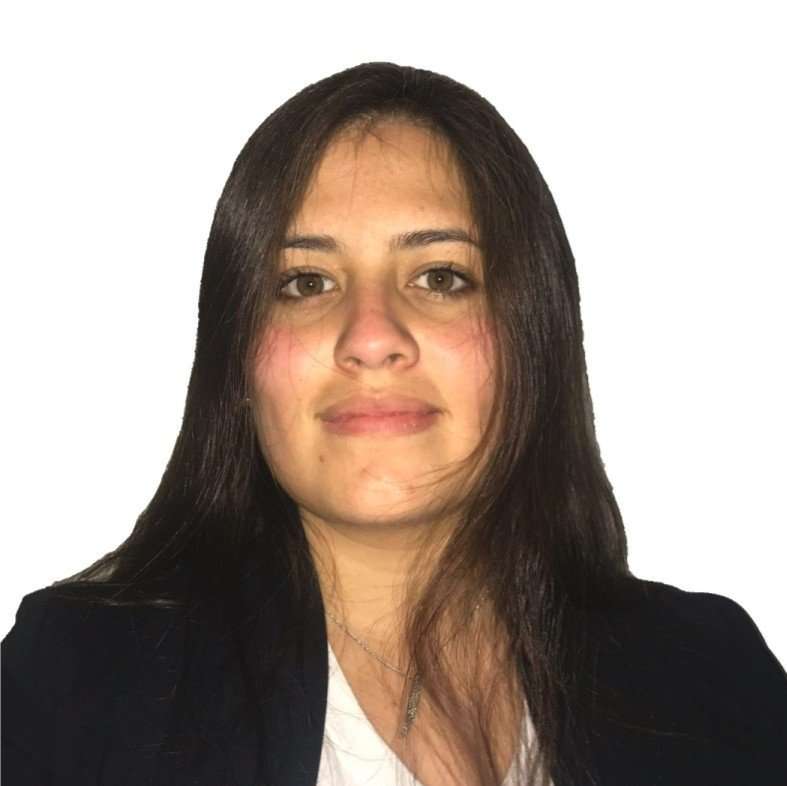 Amy Street is a fire cracker and a house of fun! This incredible lady is all over the NFT show, and just launched Season One of her very own NFT podcast dubbed ‘NFT***ingT’.

Her journey started with Clubhouse and Twitter Spaces. She hosted the ‘Women Tell All’ show on Clubhouse, where women would talk about annoying dating and sex questions. The show was an absolute hit, and Spotify soon contacted her to turn the show into a podcast called ‘Indecent and Exposed’.

Staying true to her wild and creative self, she was soon itching to start something new, and that’s when she birthed the Wealthy Men Connect?? on Twitter Spaces. The show was not at all intended to be about NFTs, but the NFT jokes about men and women soon became a highlight of the show.

Amy then decided to learn about NFTs for real, after being told by various people she is using them for clout, and that’s when her love affair with NFTs begun. She really got into music NFTs, and taught herself about tokenomics, smart contracts, price action, etc. She watched all the YouTube videos, read articles, and hopped on other Twitter Spaces to absorb everything she could.

Then she attended her first real life event, Art Basel in Miami, and expanded her network even more. Being in the Web3 space, she could use her natural talents in entertaining, educating and holding conversations with all kinds of people. She has now launched her own Web3 job head hunting company called Web3 Street Smarts, and uses her large network to connect people in the NFT space. 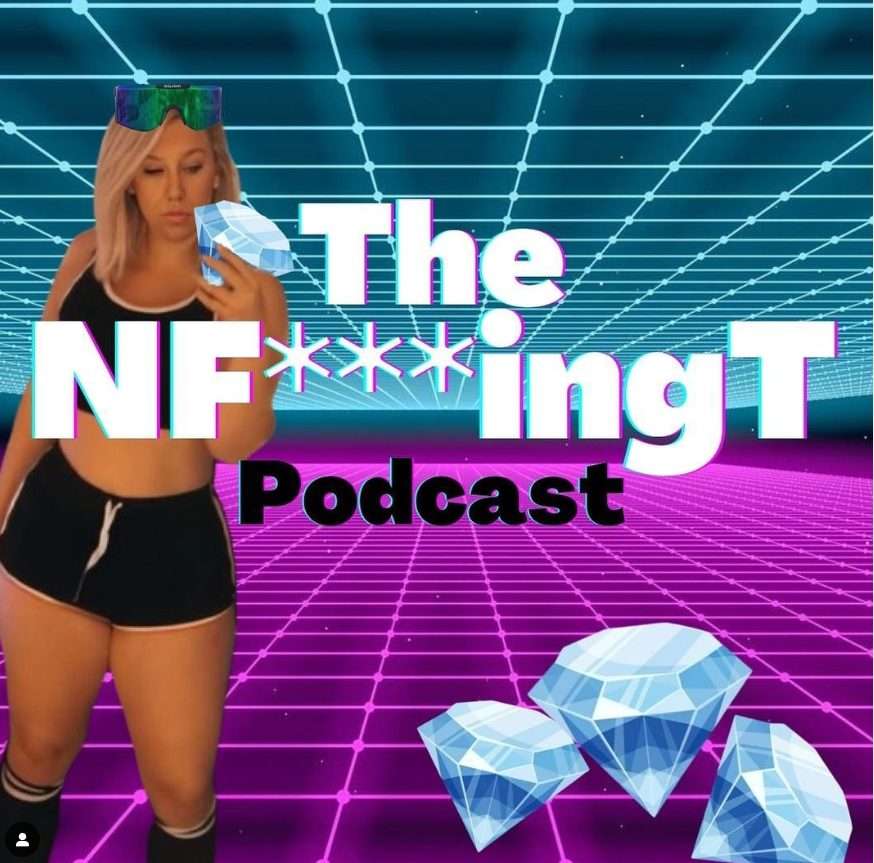 Melissa is a true advocate for and leader of adopting decentralized avenues. Melissa has seen first-hand the power and possibilities of transparency and cultivating trust by cutting out third parties, and what that can do for efficiency by not doing business at the mercy of centralized organizations.

Although she was first highly skeptical of NFTs, she has been writing about blockchain for social impact since 2015. It wasn’t until December 2021 that she started getting into NFTs, during Miami Art Week. In fact, you can read all about her NFT journey in her article on Rolling Stones called ‘Why I Transitioned From Being an NFT Naysayer to a Bonafide Believer’.

Initially, she wasn’t a fan of what she seeing of the NFT space as an outsider, such as the usual images of Cool Cats, Bored Apes, and other exclusive animal pfps. Although she believes these projects are great for proof of concept, what put her off was the exclusivity associated with these collections, that is, until she attended an event on Wellness, Web3 and Wine.

The event was filled with diverse creators who talked about wealth creation, and how being NFT creators has allowed them to have integrity over their art and also create wealth with their art, something they never thought possible. This inspired her to pursue ways in which she could support the ecosystem to be more inclusive.

She believes there are four pillars to success in Web3: commitment, vulnerability, creativity, and open mindedness. To succeed in Web3, one must be willing to show vulnerability and reach out to connect with others.

Melissa runs a Web3 production studio Warrior Love Productions, as well as an NFT initiative for women called HerVoice, and also recently launched the Web3 film incubator Mintworthy. She believes Film3 will bring forth a massive evolution for the industry, as film projects will now also allow token holders to be part of the creative process.

In fact, Mintworthy recently announced a grant program for filmmakers at the Cannes Film Festival. Participants at any level of Web3 education can apply, even those with zero knowledge. The only criteria is that scripts, themes and storylines must be focused on addressing some of the world’s most pressing issues through solutions. 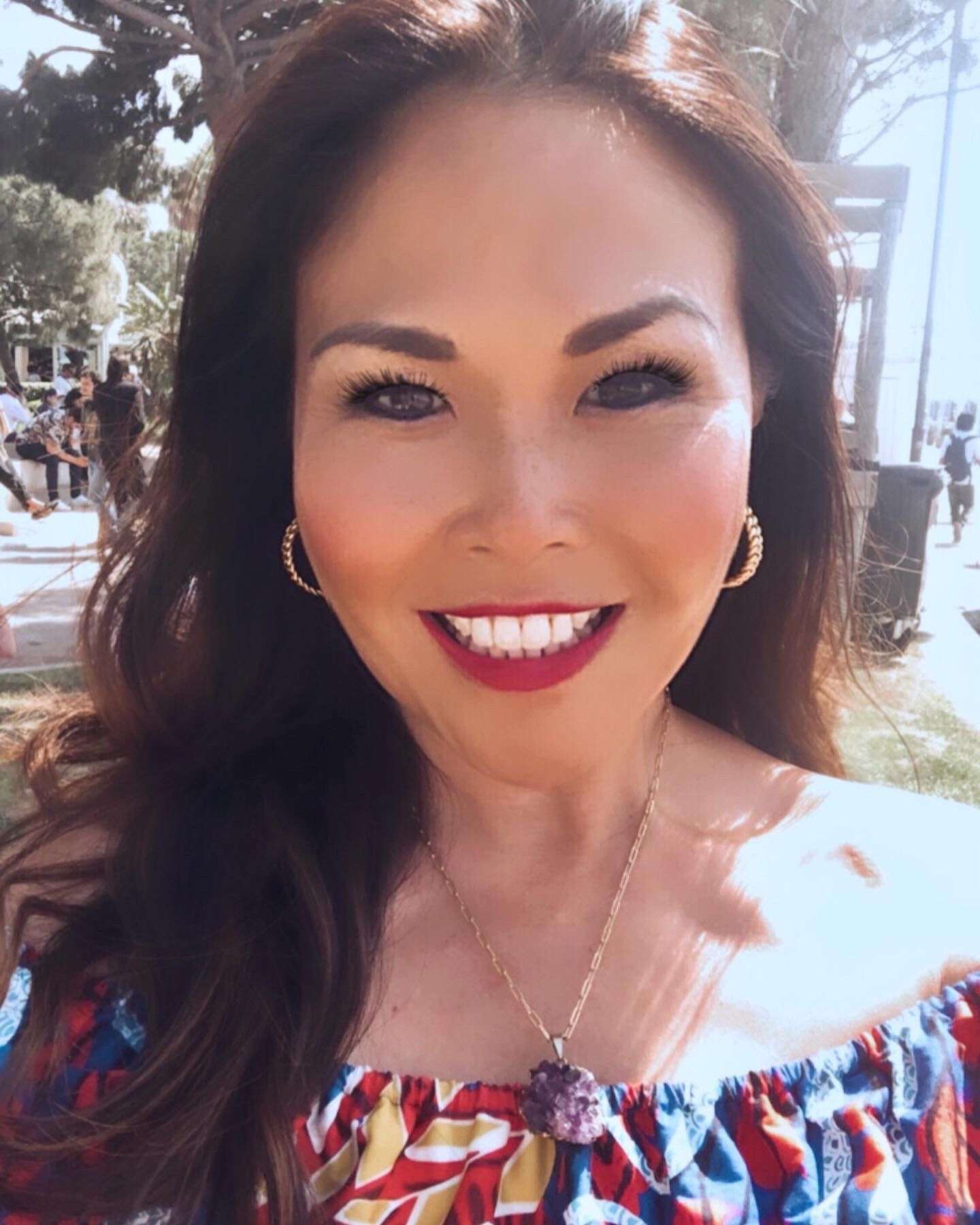 Holly is a super friendly networking and communicator guru. She is the Head of Creator Relationships at Rarible, and has more than 20 years experience working with creators from many different sectors, including art, sports and fashion.

Before working for Rarible, she was the Director of Wood Society of the Arts, and led collaborations for luxury brands such as BMW and Dior. She’s done a lot for the NFT art community with her impeccable skills in onboarding new creators to blockchain technology and NFTs. 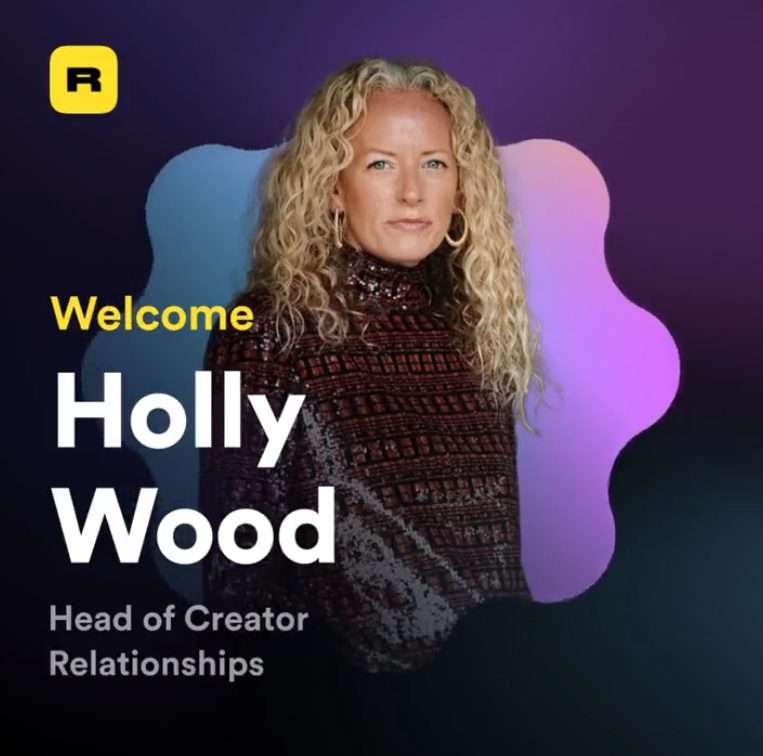 Beryl Li is a total powerhouse! She is the co-founder of Yield Guild Games (YGG), one of the most popular gaming guilds for play-to-earn blockchain games. She first heard about Bitcoin way back in 2013, and was immediately fascinated by the underlying technology.

After going down the crypto and blockchain rabbit hole, she started consulting governments and financial institutions on tokenization amongst other things. During the pandemic, she got into DeFi and NFTs, which led her to becoming the co-founder of YGG.

Before launching YGG along with Gabby Dizon and Owl of Moistness, she was already passionate about financial democratization and how to engineer alternative ‘non-financial’ products for users.

Beryl believes we’ll be seeing more of NFTs in the form of tickets to enter metaverse events, authenticating physical assets, and identity NFTs like avatars. 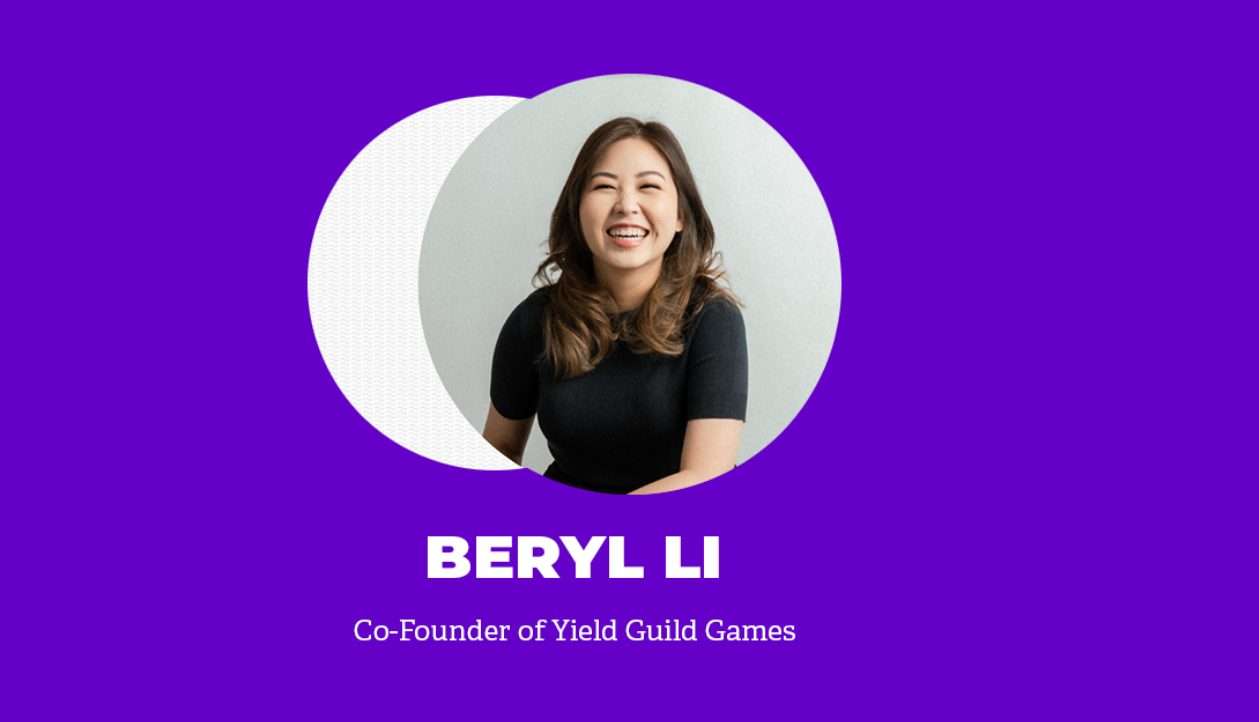 Micol has been a driving force for CryptoArt for the past two years. Way back in June 2020, she and four other team members started the curatorial studio and platform for NFT art known as ‘Vertical Crypto Art’.

Surprisingly, Micol doesn’t come from an art background. She used to work for Instagram and Facebook in more technical roles, until she discovered the world of NFTs and blockchain through a friend who was minting NFTs on SuperRare.

Vertical Crypto Art has its own auction platform as well as live auctions, curates artworks for other platforms, and also has a really cool incubator and Web3 art residency program for emerging artists.

The team attends events around the world and has played a massive role in connecting artists with different brands, projects, and bringing digital artists to NFTs. 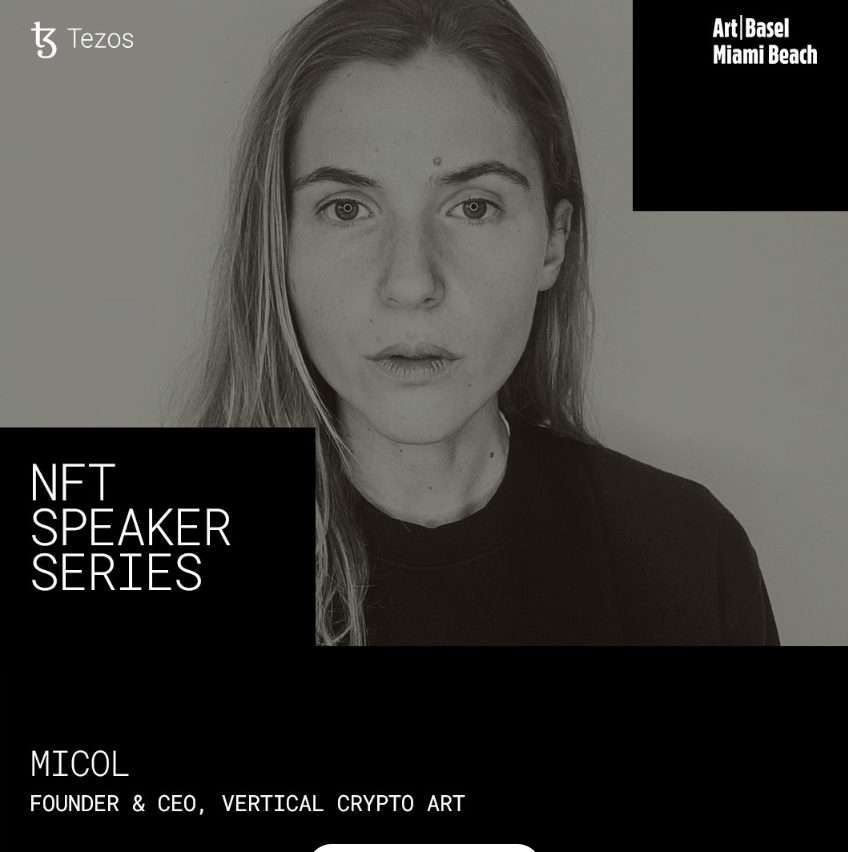