Bored Ape Yacht Club is arguably the biggest collection in the NFT space and has brought significant attention to the mainstream world. It markets itself as an exclusive social group for holders. And it has already generated more than $2 billion in trading volume.

An increasing number of celebrities have bought one and this influence has played a big part in its success. From Eminem to Neymar, we look at 5 of the biggest celebrities that own these monkey JPEGs!

Eminem, one of the biggest rappers in the world, joined BAYC at the end of December 2021. What’s interesting about his Ape (#9055) is that there’s a close resemblance to what he looks like. Even the same type of hat that he’s worn in real life. And interestingly, the previous holder of the ape had actually tweeted about this resemblance before Eminem’s team reached out to broker the deal for a whopping $452,000.

The reality star and socialite Paris Hilton entered NFTs pretty early compared to other celebrities. She actually sold her own blockchain-based artwork in 2020 so you could probably call her an ‘OG’.

She revealed her Bored Ape on the “Late Night” show with Jimmy Fallon (who also is part of the BAYC). She acquired her ape (#1294) for around $287,000 from MoonPay. She continues to play a part in Web 3, having even played a DJ set in the Decentraland metaverse. 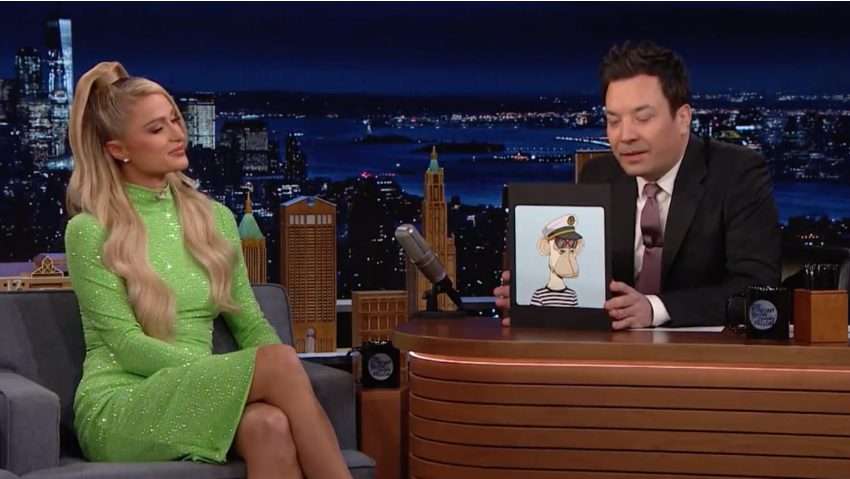 Another famous rapper, Snoop Dogg, is one of the biggest collectors in the NFT space and another early adopter. In December 2021, he “aped in” and bought a Bored Ape along with two of the companion collections – the Bored Ape Kennel Club and Mutant Apes.

And in fact recently, he premiered a new song with Eminem where both rappers showcased their Bored Apes. This shows the potential of NFTs, where the possibility to exploit the IP of the NFT you hold can be endless.

Some of his fellow players at PSG, the football team Neymar plays for, are also part of the club. This includes Presnel Kimpembe, Marco Verratti, and Leandro Paredes. Interestingly, the other project Neymar has bought is Hape Beasts, which was a very hyped project that he paid around $20,000 when it released. But now it’s only worth around $1,000! This shows how volatile the NFT asset class can be. 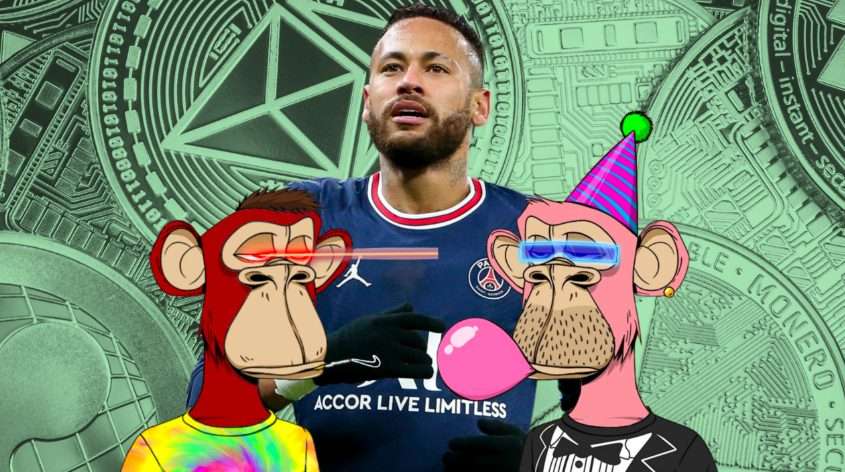 Pop sensation Justin Bieber bought Bored Ape (#3001) in January this year for a whopping $1.3 million. This ape according to the NFT Twitter community just had ‘standard’ traits so many thought he overpaid such as NFT influencer GMoney.

Bieber also holds other “bluechip” collections like Doodles and World of Women in his NFT wallet. He even collaborated with an NFT project, the inBetweeners by GianPiero by helping to market it on his social media. 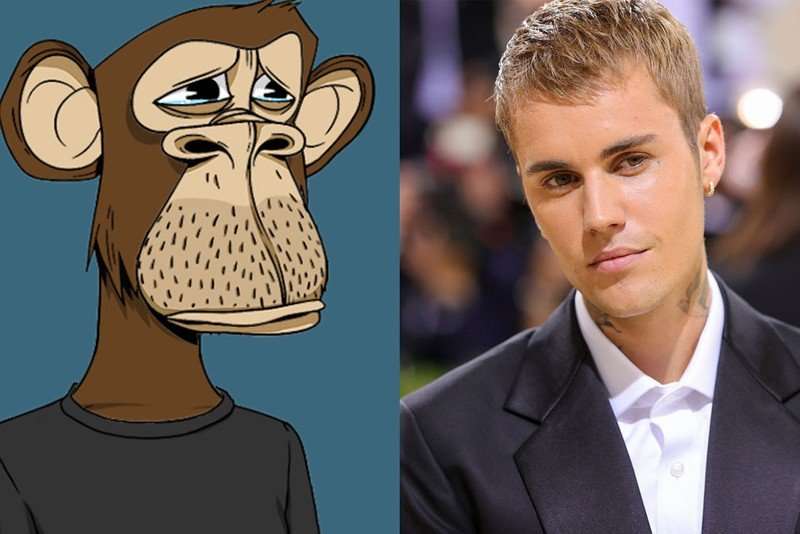 There are many more celebrities who hold BAYC and the list is ever growing as the whole ecosystem increases in popularity. Yuga Labs, the founders of the collection are now working on a gamified Metaverse project called The Otherside which has already raised more than $600m from the initial sale and current secondary sales alone. It will be interesting to see if the BAYC can continue to be considered the top brand for celebrities to ape into.

ThatNFTGuy – documenting my nft journey, one jpeg at a time.