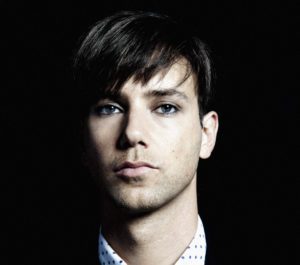 Today, web3 decentralized audio streaming platform Tamago unveiled their NFT collaboration with underground dance music icon Tiga. The Tiga x Tamago drop, ‘Easy’, is the second in a series of one of one music NFT collaborations recently announced from the platform’s co-founder Clarian North. Past exclusives include Panorama bar resident Paramida, with a forthcoming exclusive from Chicago house music legend Felix Da Housecat due out in 2022.

On August 3rd, the auction will open for a One of One music NFT collaboration between Tiga and Tamago, an unreleased demo edit of Tiga’s track ‘Easy’, which was released earlier this year on Turbo Recordings and featured production from Hudson Mohawke.

The unique nature of the One of One content means that the NFTs are delivered on Tamago as singles that users can not only stream, but buy and add to their profile, their “Record Box”, for other users to listen to and enjoy. Tamago allows buyers to create shareable playlists that they can monetize based on the royalty structure decided upon by the selling artist.

The NFT owner of ‘Easy’ will receive 20% on platform streaming royalties from the track, as well as 15% on future NFT sales should they decide to sell. The exclusive audio NFT will live in the buyers’ “Record Shop” on Tamago, where users will be able to stream it until the buyer decides to sell it.

Tiga said about the track,”Often a song has multiple lives. Started in september of 2019, the original “demo” version of Easy was built around a catchy synth hook, an anthemic vocal, and a huge half-time breakdown. The final version that reached the public in 2021…. only kept the vocal, and was transformed into a much more aggressive techno banger. Here you have the original Demo, completely exclusive, and completely different….a funkier, stripped down party feel, and a much more commercial hooky sound. for NFT land only. Enjoy.”

Tiga fell in love with Ethereum poolside in Ibiza in 2017. What followed has been a harrowing, often soul-destroying, Byzantine journey thru Bitcoin, shitcoins, NFTs and beyond….. landing 5 years later in web3 world, a world he loves and despises in almost equal measure.

Tiga and Clarian, both from Montreal, have been friends for years with Clarian having worked with Tiga as a sound engineer and collaborator on many records. “Tiga, since the beginning, is a hero of mine for what’s cool and avant garde in electronic music, as with many other ravers, especially if you’re from Montreal”, he said. “Tiga is one of the most important influential artists out there, in terms of underground electronic culture for me, he’s constantly pushing the envelope with both his writing and production, the quality of his work is pure class, and I value all the times we’ve worked together and our friendship”, Clarian added.

Tamago aims to open up direct and transparent revenue models through a mix of Web3 and NFT technology, and provides artists with a platform on which they can get paid for their streams transparently through a variety of different methods. Artists are paid out via Tamago’s Top of the Charts liquidity pool program based upon consumption by listeners on the platform, with more streams equaling higher payout. Users of the platform can also download songs via purchase, as well as tip artists on songs of their choice. Tamago is also a home for exclusive artist content available only on the platform which can be unlocked via payment whose price is set by the artist.

The platform has partnered with NEAR Protocol as the blockchain’s official music streaming solution which is closely backed by the Human Guild. The platform recently reached $1M in funding via Block0, Move Capital, Daedalus, Human Guild, and Big Brain Holdings. The platform, which launched in March of this year, is nearing 12,000 tracks on platform with over 3,000 users and 45,000 minutes of streamed content thus far.

Co-founder Clarian is known in the crypto community as being the first artist to ever mint an NFT, with his album “Whale Shark LP” beating Kings of Leon to the title on March 3rd via OpenSea. A respected figure in underground dance music with timeless productions released on labels like Visionquest, Kompakt, Counter, Turbo, Life And Death, Clarian has since gone on to have 80,000 developers enrolled in his blockchain courses from building an NFT marketplace on Polygon to the complete Solidity Course Zero to Expert.

Tamago presents a way forward for independent artists in the modern age of Web3, interlaced with the cultural tenants that make underground music a lasting force across the globe.